Andy is originally from County Durham where he performed in various ensembles. At only 17 he was accepted to study music at the Newcastle University. During this time he studied with the world renowned flautists David Nicholson and Eva Stewart. This led to a great deal of orchestral work.

Following graduation in 2004, Andy successfully auditioned for the Royal Marines Band Service and joined in September the same year on Piano and Clarinet. After Basic Training where he was awarded Most Determined Recruit, he completed music training receiving top tuition from Rob Douglas on Piano and Elizabeth Drew on Clarinet. He was presented the award for best pianist for two consecutive years.

Andy then joined the Band of HM Royal Marines Plymouth where he travelled extensively before joining the Commando Logistic Regiment from where he deployed to Afghanistan on Op Herrick IV. Upon returning from his tour of duty, Andy was assigned to the band at the Commando Training Centre, Royal Marines. Shortly after joining, the band began training and deployed on Op Herrick XIV. The two deployments saw him command armoured ambulances for combat logistic patrols, drive battlefield ambulances in Camp Bastion and of course provide musical relief for the troops when the operational tempo allowed.

Andy has performed all over the world and in iconic events such as Edinburgh Military Tattoo and Beating Retreat on Horseguards parade. His personal favourite remains performing at the Mountbatten Festival of Music at the Royal Albert Hall. He is currently serving as the Piano, Vocal and Academic Instructor at the Royal Marines School of Music.

Andy is very fortunate to have studied conducting with some top conductors including Tim Reynish, Mark Heron, Bjorn Sagstad and Malcolm Binney. He is also delighted to have had the opportunity to study Jazz Piano for several years with award-winning Jazz Pianist Craig Milverton.

Andy is thrilled to be the Musical Director of Emsworth Concert Band, a talented group of musicians who have a lot of fun making great music. He lives in Fareham with his wife Sarah and sons Dylan and Evan. In his spare time he enjoys keeping fit, strength training and keeping fish. 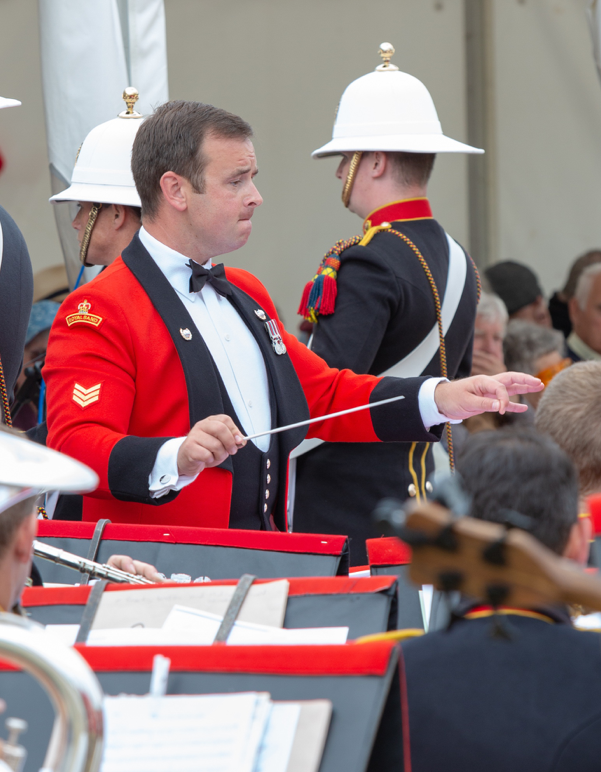